Stopping Taumalolo Priority No. 1 For Eels 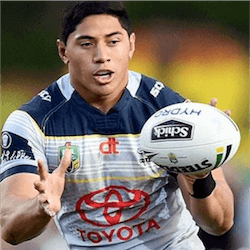 Have The Cowboys Reached A Ceiling?

Saturday saw the Parramatta Eels taking on the North Queensland Cowboys at the ANZ Stadium.  Ironically enough, the most pressing question on everyone’s lips doesn’t seem to be who would win and by how many points, but rather whether the Eels have already played their best game this year.  The cold hard truth is that they played a magnificent game against Storm and yet still managed to walk away the losers.

Mental hurdles can be very tough to overcome this time of the year and the Eels have often come up against  a brick wall in this way.  They would do well to keep in mind that they had already gone further than what was predicted by most, this year.

As far as mental hurdles and confidence boosts go, the North Queensland Cowboys seem to have it all under control – mostly thanks to having been welcomed back at Townsville Airport by fans acting as if they had just arrived fresh off of a grand final victory.  The power of the unwavering support from the fans must never be underestimated.

Apart from enjoying the utmost devotion from their fans, the Cowboys went into the match with yet another secret weapon: the unstoppable Jason Taumalolo.  Taumalolo is known for being able to swing just about any fight.  The lock forward showed the world what he was made of when he ran a gut-wrenching 224 metres – bulldozing his way through no less than eight tackles – pulling half of the NSW Origin squad over the line with him as he made the try in the recent game against the Sharks.

What’s more Jason is absolutely notorious for stepping up to the plate at the last minute during a game.  He has been responsible for clinching the deal for the Cowboys during the last minutes of a match on more than one occasion.  With Taumalolo, timing is everything.

At this stage of the game it seems as though the smallest details matter and that’s what the Rosters are looking at now when they are set to face off next week.