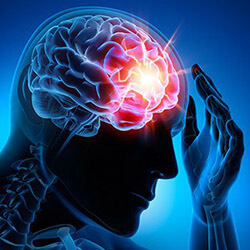 Over 20 per cent of English Rugby Premiership players suffered concussion during the 2019-20 season.

The recently published results of England’s Professional Rugby Injury Surveillance and Prevention Project has led a prominent doctor to call on rugby authorities to admit that there is obviously a very big problem. The survey also revealed that head knocks are the number one cause of injury in rugby for the 8th season in a row.

Official findings furthermore revealed that each match concussion ultimately resulted in the player missing on average 22 days of training and/or playing. A total of 166 match concussions and 38 training concussions for the season in question, and at least a dozen players were sidelined by head injury for a period exceeding 84 days. Of the 9 players who were forced to quit and medically retire during the 2018-19 season, five were forced to do so as a result of head injuries.

According to Dr Willie Stewart, the neuropathologist heading up the University of Glasgow-based research group into brain injury, the data should be cause for concern for rugby bosses and players alike. There is obviously a major problem with how the sport is being played at present, said Stewart at the time of the publication of the team’s findings.

One of the players to have joined the legal action against rugby authorities after recently being diagnosed with an early onset of dementia, is World Cup-winning stalwart Steve Thompson. Despite having played every match in the lead-up to England’s inaugural 2003 Rugby World Cup win, Thompson has said that he has been unable to recall any of the games played during that particular competition.