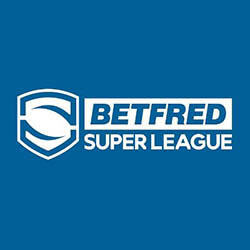 Super Leauge club executives have all agreed to prevent teams from making moot signings in the future, a move made in the wake of the furore over Israel Folau’s Dragons Catalans contract. Representatives from 11 of the 12 clubs were in attendance at the meeting in Salford, with CEO Bernard Guasch being the only absence.

Other clubs specifically requested Gausch’s presence, who has been criticised for the recruitment of former star of the Wallabies for the Dragons Catalans. The action went against the express wishes of the Super and Rugby Football Leagues and also angered most of the clubs. Hull Kingston Rovers chairman Neil Hudgell actually went so far as to send Catalans a letter warning them of possible legal action being implemented against them if sponsoring fell through because of Folau’s appointment.

Super League CEO Robert Elstone said in a statement that their position on the player has been clear and consistent and that the time has come to separate what’s going on in the field with what’s going on outside it. He said that the Board accepts the legalities around RFL’s decision to register Folau and has voted as one to ensure that this kind of thing doesn’t happen again. He spoke of the sport’s impressive track record regarding diversity, equality, and inclusion and said that this work will continue.

Folau recently arrived in Perpignan from Australia to start training after not playing Rugby since April 2019. The team, however, needs outside backs due to player injuries.