The All Blacks Head To Japan For Bledisloe Cup 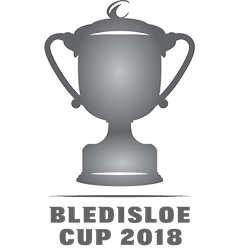 The All Blacks are getting ready to head out to Japan to take part in the third part of the Bledisloe Cup for two tests – against Japan and Australia. Once they’ve completed the tests, the team will be flying off to Europe, where they will be taking on England, Ireland, and Italy.

The All Blacks have been keen on visiting the Japanese front, believing that the two weeks they spend in the country will give them some insight into what to expect from next year’s Rugby World Cup. Coach Steve Hansen has explained that it’s like a dress rehearsal for their first game of next year’s tournament, which they will be playing against the Springboks, their biggest opponents at the moment.

Hansen told reporters that the game against South Africa will be a big match, and that they have plenty of time to prepare for it. He explained that their current trip to Japan has some benefits for both the staff and the players, allowing them to get a taste of what the team can look forward to next year.

Although the Bledisloe Cup is all but another victory for the team, they are more excited about the European part of their end-of-year tour, which will feature clashes with England and Ireland that could be mirrored in next year’s event.

32 players will be assembling for their test against the Wallabies, with 22 of that team heading off to London immediately afterwards.