The Fate of the Goodhue Mullet Is Up To You 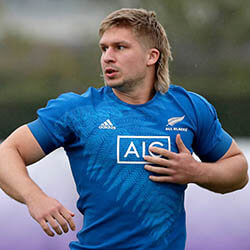 Jack Goodhue’s famous mullet’s fate is up to Joe and Jane Public. Thanks to a new fundraising campaign, you are being asked to weigh in as to what’s to happen to New Zealand’s most famous hairstyle.

Goodhue’s mullet has become a very popular point of conversation in New Zealand and around the world, causing even Prime Minister Jacinda Adern to have her say. While she approved it, if you don’t, you could see it end up on the chopping block!

The player from Kawakawa in Northland has teamed up with the Bald Angels Charitable Trust to launch a new campaign called The Summer of the Mullet. They aim to raise NZ$100 000 for the Northland-based non-profit which provides mentors to vulnerable youth who lack the support and care they require to develop good life skills and make the right decisions. This region has some of the worst statistics in the country regarding youth crime, poverty, and truancy and Goodhue is helping as he can by allowing the public to decide whether or not he gets to keep his idiosyncratic hairdo.

He says that he wants to do something special for the children of this area that need direction and hope, and the campaign recently kicked off to general amusement. It aims to start conversations about growing mullets over the summer season and Goodhue has stated that if New Zealand wants him to shave his off he will have to oblige!