Tim Perry Is Stepping Out of the Limelight 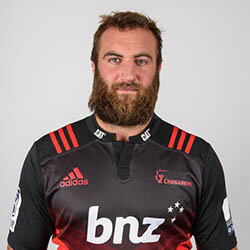 In what may be one of Rugby’s quietest-ever retirements, 6-Test All Blacks prop Tim Perry has decided to discontinue his playing career.

The Tasman team front-rower failed to be named for the Crusaders Super Rugby team in 2020 and its recently been confirmed that he has retired from the sport completely. While he could easily have looked for, and found, a more-than-generous paycheque playing overseas, this is simply not Perry’s style says Tasman Chief Executive Officer Tony Lewis. His quiet retreat is perfectly in line with his personality.

Lewis is reported as saying that Perry loathes fanfare and fuss and this exit has been effected exactly as he wanted it. Lewis described the player as an intelligent man with a wide range of interests outside of Rugby who’s simply found the right time to start creating a new life.

His 6 Tests played out in 2018 when he made his debut against the Wallabies in a Sydney match and then went on to the field twice against the Argentinians and the South Africans. He then played what turned out to be his last Test against Japan in November last year.

Perry was a strong contender for the All Blacks’ World Cup team in 2019 but he’d already decided that that was going to be his last year. He then broke his arm in the Crusaders’ season-opening game and so missed most of the Super Rugby season, which affected his eligibility for the Cup squad.