Top All Blacks Players Set For Hall of Fame 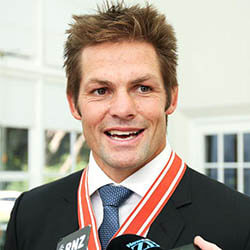 All Blacks legend Richie McCaw and award-winning coach Sir Graham Henry are set to be inducted into the World Rugby Hall of Fame. Others that will be inducted during the same period include Shiggy Konno from Japan, Peter Fatialofa of Samoa, Os du Randt from South Africa, and Diego Ormaechea from Uruguay. Fatialofa and Konno will be inducted into the Hall of Fame posthumously, while Henry, McCaw, and Ormaechea will attend an event at the beginning of November.

The induction event will be held at Prince Park Tower in Tokyo, and will celebrate their contributions to the sport as well as their careers so far. The six inductees will bring the total within the Hall of Fame to 148 since it was first started in 2006.

World Rugby chairman and Hall of Fame inductee Bill Beaumont stated that their beloved game would not be what it is today without eh contributions of remarkable players, both men and women, who form the World Rugby Hall of Fame.