Tuipulotu Back in the New Zealand Rugby Fold 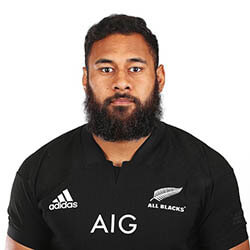 There was no upside for Kiwi Rugby fans when the All Blacks got trounced at the Yokohama Stadium Rugby World Cup last year. Trying to find the positive side of being knocked out at the semifinal stage would have been a pointless task but something good has come out of it nonetheless. Patrick Tuipulotu, captain for the Auckland-based Blues, has revealed that were it not for that 17-9 loss to England, he would now be announcing his departure from New Zealand.

The defeat served to change the trajectory of his journey, albeit in conjunction with the magnificent revival of his team. This comeback saw them come out on top at the New Zealand Conference before the novel coronavirus COVID-19 lockdown pushed Tuipulotu a little further down the path of remaining. And then the impact of the pandemic confirmed things.

And thanks to this perfect storm, the Blues’ head honcho will now be staying with us until 2023, at least. Tuipulotu said that he was entertaining thoughts of heading overseas, but how harshly the pandemic impacted his possible destinations, including Japan, was sobering. He said that he and his partner are considering starting a family and New Zealand being the best option for this means his long-term plans now include playing for his home country for a while yet.

And something has happened with Tuipulotu in the course of the last 12 months, changing him from a talented but inconsistent performer into a Lock of an international standard who genuinely dominates. He now plays for all three pro teams here, the All Blacks, the Blues, and Auckland.