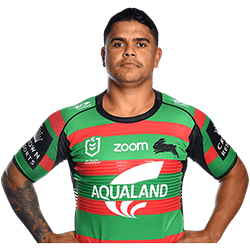 An investigation was reportedly this week opened by detectives from the Fixated Persons Investigation Unit. This after the NRL Integrity Unit reported the incident and messages to law enforcement authorities.

The messages were allegedly sent to Mitchell via social media channels, and were described as offensive and threatening, as well as with racially charged undertones. Following inquiries made by detectives, the men were then arrested in Taree and Lake Munmorah respectively. The men are apparently 22 and 25 years of age and were both arrested at their homes.

According to a responding statement issued by the Rabbitohs on Friday, Mitchell will on Monday comment on the alleged racial abuse and messages during an official team press conference. The statement confirms that the South Sydney Rabbitohs have pledged their full support to the player, whom the team says appears to have been racially vilified.

According to NRL boss Andrew Abdo, the messages were reported to the integrity unit last weekend, after which the unit reported the complaint to NSW Police with immediate effect.