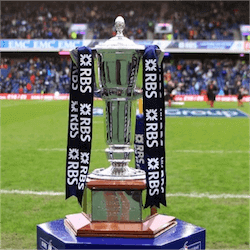 While there has been a lot of sporting action this past few months, rugby enthusiasts will be feeling extra perky with the arrival of the rugby season and the promise of some epic games to come. While most of us are focused on Super Rugby and the various antics of the Southern Hemisphere teams, the action is just getting started up north. This coming week sees the start of the popular Six Nations championship. Not only will this give rugby enthusiasts a good dose of action, but also some decent betting opportunism for avid sports punters.

The Six Nations Championship dates back to 1883 when it was known as the Home Nations championship consisting of just four teams; these being England, Ireland, Scotland and Wales. A few years later in 1910, France joined in the fun and the tournament changed again to the Five Nations Championship. Almost a century later, Italy joined the group and the tournament became the Six Nations. There are no plans to include any other nations at this time.

The Action Begins on the 3rd of Feb

The Six Nations Championship has a simple point system tournament format. In the tournament, each team plays every other team once making up 15 matches in total. The points system, which changed in 2017 now includes bonus points. If a team loses by more than 7 game points, they will not receive any tournament points. If a team loses by less than 7 points, they will receive 1 tournament point. If there is a draw, each team receives 2 points. The winning team receives 4 points and if the winning team wins with 4 or more tries, they get a bonus point.

After all 15 games have been played; the team with the most points wins the championship. If a team manages to win every one of their games, they are awarded the Grand Slam trophy. For Home Nations teams, the Triple Crown is awarded if the team goes undefeated against other Home Nations.

Last year, England was looking for a clean sweep, having taken the Championships before the final round. However, in their final game they lost to Ireland, robbing them of the Triple Crown and the Grand Slam. The 2018 Six Nations Championship kicks off on the 3rd of February where Wales will be taking on Scotland in Cardiff and France will be taking on Ireland in Saint-Denis (France).