Wallabies and All Blacks Post-Match Peace 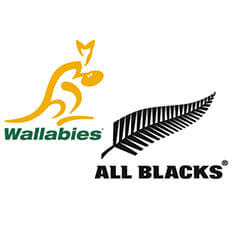 The Wallabies recently announced that they will be joining their long-time rivals the All Blacks for a beer in their dressing room after the end of the second Bledisloe Cup Test. The post-match drink is a sign of solidarity between the two teams, and they hope to show that sportsmanship is more important than the often bitter rivalry the teams share.

After the coaches from both sides had fought over the subject of Sam Whitelock’s 100th cap celebration, Captain Michael Hooper revealed that his team had accepted the invitation from the All Blacks to join them for a post-game beer.

All Blacks team manager Darren Shand had contacted Wallabies manager Pat Molihan with the offer, and Hooper told reporters that the team would take the chance to congratulate All Blacks prop Owen Franks on reaching 100 Tests so far in his career.

The Wallabies will also most likely stay to watch the onstage presentation that is being held for Ranks, and is set to take place after the match. The official invitation from All Blacks management is seen as an olive branch, and is see by many as a demonstration of goodwill from both of the teams, especially after the tension that has been building over the last few weeks.

The fight for the Bledisloe Cup will be held at Eden Park, and a New Zealand victory would see them extend their 16 year winning streak, and mean a big shake-up in the Australian hierarchy.