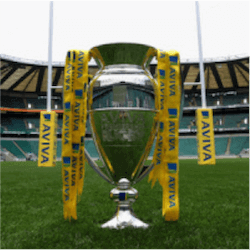 Let’s look at the AVIVA Premiership games that kick off the season so that when you bet at Crownbet you know who to back.

1st September – Taking place at 7:45pm, the opening round of the AVIVA Rugby Premiership will see the Falcons face the Warriors. The Falcons ended last season in 8th place but won 3 of their last 4 matches so they did go out strong.

The Warriors on the other hand have not won an away game since 2016. The Falcons also already beat the Warriors in April so this may set the tone for this first match of the Premiership.

1st September – The Chiefs are the defending Premiership champs. Their last 17 matches the side has been unbeaten, which seems an almost insurmountable record to overcome.

In the two side’s last encounters they each have a 50/50 record with each side winning 3 of their last 6 encounters.

Despite that Gloucester coach Johan Ackermann is coming off a win for his Super Rugby team, the Lions in their finals, the Chiefs are simply too string a force currently to wallop.

2nd September – The Wasps will be entering the first round of the AVIVA Premiership with an eye to claim a title that they believe is rightfully theirs. They were at the top of the Premiership ladder last season but had their hopes dashed by the Chiefs.

Historically the Wasps have won all 19 of their last encounters at Ricoh Arena, where the match will be played on the 2nd at 3pm. Sale Sharks were ranked 10th at the end of last season, so a loss would be an upset for the Wasps.

2nd September – Finishing last season in 6th place, the Harlequins have only lost one of the last 12 encounters between them and the Exiles.

This match will be taking place at the hallowed Twickenham stadium on the 2nd at 4:45pm. Having lost their last 7 games at Twickenham could man good news for the Irish. Bit probably not.

3rd September – These two evenly matched teams have a history coming into the first round of the Premiership season. The Tigers narrowly lost to the Wasps and ended in 4th place in the overall standings while Bath ended in the 5th position.

The two sides will clash on Sunday the 3rd at 3pm at Welford Road Stadium. Even when looking at the two side’s previous meetings, they each have won 3 games in their last 6 meetings. This will be a great game to watch but it is a tough one to wager on. The Tigers have the better overall form and their consistent performances may give them the edge against Bath.