Wiki May Come Out of Retirement for the Warriors 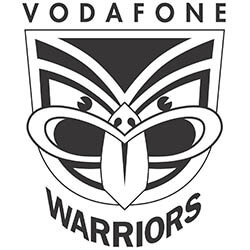 Cameron George, Chief Executive Officer for the Vodafone Warriors, wants to coax legendary New Zealand International representative centre-turned-prop forward Ruben Wiki out retirement. The 47-year old ex-player retired with the record for Most International Experiences of a Rugby League player in history back in 2006.

But it’s not the NRL that George wants the former hero of the Canberra Raiders and Warriors to return to, it’s for a League comeback to raise money for Tenterfield in New South Wales!

In December 2019 the Warriors announced that they’d adopted the town for the next 12 months after it got hit hard by effects from the recent bushfires and drought, and part of this initiative will be them putting on a game to raise funds for the town.

George reported that talks are being held with the Tenterfield Tigers as everyone waits for their draw to come out about having a game and that both Wiki and Ben Henry are very interested. The CEO said that the plan is to have a weekend in Tenterfield, playing a game and doing community work. He said that the team does lots of work around the country and if there’s a way they could help a few schools in this region it would be great.

George said that nothing is confirmed as yet but the possibility of Wiki coming out onto the field one more time along with a fundraising dinner for the town’s sports clubs are all subjects of discussion.