Will Savea Move Over to the NRL? 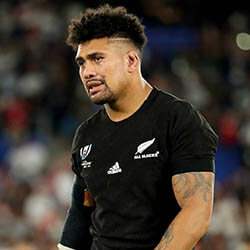 Ardie Savea, star flanker for the All Blacks, recently made a startling admission, saying that he is very interested in playing Rugby League. New Zealand Rugby was stunned, to say the least, but it looks like he’s seriously considering making the move.

But, sadly for the NZ Warriors, that’s not the only club Savea is thinking of joining. The player has said that he would only be interested in becoming part of a dominant squad and went on to mention the Melbourne Storm and Sydney Roosters as examples of this.

The 44-Test Wellington Hurricanes principle is under contract with NZ Rugby until the end of 2021 but has admitted that he’s been quietly thinking about making the change next year. He mentioned dual-code international Sonny Bill Williams, who shot to fame with the Canterbury Bulldogs before switching codes to join the Toronto Wolfpack, as inspiring his current train of thought. He explained that the reason he’s interested in playing Rugby League is that the players do a lot more off-the-field and he’s ready for a new challenge.

Savea said that learning to play an entirely new game and seeing if he can hold his own in it excites him and evidence that it is possible, as Williams proved, is a thrilling prospect and inspiration for a possible change for his future plans.

Recent career highlights for Savea include him playing in four of the five warm-up matches for New Zealand before the 2019 World Cup.