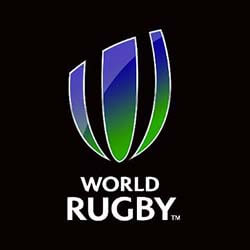 The governing body has approved the testing of five new law amendments aimed at reducing injuries during global competitions. These laws will be in place from August and have been implemented based on the recommendation of the Law Review Group and High-Performance Committee.

Medical officials, coaches, players, and other competition organisers were consulted about these regulations. The laws of rugby play an important part in ensuring that the game is accessible, safe, and appealing. These laws need to be carefully thought out to ensure the wellness of all playing the game. By reviewing these laws, we want to reaffirm that we always have our players and their welfare at heart.

The biggest threat during rugby games is the risk of concussion and finding ways to reduce this is important. Four of the five changes feature an underlying focus on welfare advancements across the game. Two of the five have been operational in trial environments with goal-line dropout and the 50:22 rule for kicks already being used in Super Rugby competitions.

The two abovementioned amendments seek to reduce the speed of the defensive line speed while increasing the space in the line.

Three of the amendments are focused on reducing the risk of injury at the breakdown. The first of these amendments look to impose sanctions on clear-outs that target the lower body. The second outlaws the formation of pre-bound pods consisting of three or more players while the third defines what is allowed when it comes to “latching.”

If these laws are successful, they will be included in rugby’s law book from May 2022.