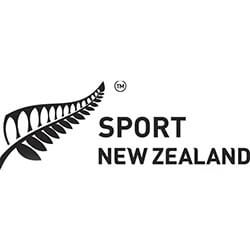 Kiwi Clubs and Regional Organisations struggling to survive the novel coronavirus COVID-19 pandemic are getting a much-need financial shot in the arm from Sport New Zealand.  The concern has created a short-term Relief Package worth $25 million, with $15 million earmarked for a Community Resilience Fund. This will offer hard-hit Clubs as much as $1 000 and regional bodies up to $40 000.

Chief Executive Officer of Sport New Zealand Peter Miskimmin said that applications will be accepted from groups attached to National Sporting Organisations from Monday 11 April on the basis of monetary hardship. He voiced the association’s concerns about the clubs and regions that have been hardest hit by the global epidemic.

Miskimmin said that they’ve been uprooted by a disruption in membership revenue as well as pokie money which equals $170 million per annum. He said that this means that between $14 million and $15 million a month is usually going out to clubs and regions! Many of these are managed by volunteers and people with day jobs and their own concerns and Miskimmin said that hopefully, this will see them through the next short period until lower Alert Levels are happening and sports are starting to be played once more.

Applications can be made via the Regional Sports Trust Network, of which there are 14. They work at understanding communities through sport and recreation and its at their websites that individuals will be able to access the criteria for applying and the forms with which to do so.