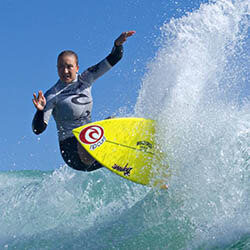 The Piha Pro Surfing competition, which was supposed to kick off today, the 16th of March 2020 and then extend through until Sunday the 22nd at Piha Beach in West Auckland, has been postponed due to fears around the coronavirus COVID-19 outbreak.

The event was scheduled to feature some of the finest surfers in the world, including 11-time World Champion Kelly Slater and would have kicked off today with the finals happening over the coming weekend.

The announcement was made as part of the World Surf League’s decision to either cancel or postpone all scheduled events this month, which means the first Championship Tour Season event, the Corona Open Gold Coast at Snapper Rocks, has been affected as well.

The WSL has had some successful events in Australia over the last week which is why the Piha Pro decision has come as such a surprise. There’s been no indication of trouble this serious so far.

The WSL has gone on to postpone a total of 10 events, including stops scheduled in Barbados, Israel, Indonesia, Japan, and Portugal. A further three events were cancelled outright, one in Tahiti and two in Australia.

In a statement released by the WSL said that, due to the rapidly evolving situation with COVID-19 and their concern over the health and safety of athletes, fans, and staff, all events yet to commence at tour levels have been cancelled. This includes the 2020 Championship Tour on Australia’s Gold Coast and the Piha Pro Open Tahiti.