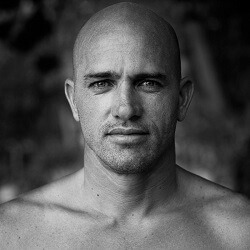 Kelly Slater has officially pulled out of the Rip Curl Pro Bells Beach surfing competition. His withdrawal arrives just after another last-minute decision to give the Quik Pro Gold Coast competition a miss, and is thanks to the broken foot  that the 11-time world champ sustained at the Jeffrey’s Bay event last year.

Slater has been in the surf a few times since his injury, with the first competitive heat being Pipeline, where he surfed well although he was clearly favouring the hurt foot. He’s been at a few spots here and there since then, not excluding his wave pool, but has never been at 100%. He recently wrote on Instagram about getting back on the horse too soon, speaking of the excitement of a new year, his foot not bothering him for a few days, and some other factors getting him into the water before he was ready.

Slater stated that he thinks it’s best that he get his injured foot rehabilitated properly so that he can once more give surfing his all, adding that he would return when the time was right. Michael February, a South African surfer, was ready to take Slater’s spot, and is happy, considering. He stated that it was a strange way to get into the competition, but that he was sure it had happened for a reason. He will be replacing Slater at Bells, coming up against Griffin Colapinto, the rookie currently blazing a trail, and Filipe Toledo.