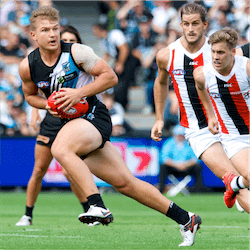 Getting Set for the Weekend AFL Games

This weekend features high pressure for the sides as they attempt to clinch their finals positions. You can place your wagers on these, and many other games online at Sportsbet, one of New Zealand’s best betting sites.

July 28th  – Winning 5 of their last 8 encounters and with an uncontested possession record, the Hawks are this match’s favourites. The Hawks lead Sydney in possession but the Swans could gain a upper hand in contested markings.

July 29th -With their star players Jack Viney, Max Gawn and Jesse Hogan back in form, Melbourne will be a force to be reckoned with for North Melbourne. They also have Christian Petracca who has climbed 300 spots in the player rankings this year alone.

July 29th – Both teams have been struggling to get in form this season. The Giants have only won 1 of their last 6 games. If Ward and Davis can pull the team together, this match should be a shoe in for GWS.

July 29th –  A crucial match to get a finals spot, Port Adelaide should come out on top with their strong defence and St Kilda’s record of losses at the Oval. St Kilda last won a match against Port Adelaide in 2011.

July 29th  -Richmond have had a great season, moving into the top 4 recently and with a convincing defeat of the Giants under their belt, they look set to dominate the Suns who have lost their last 3 matches.

July 29th  – With the strength of their possession and the veteran player Harry Taylor, the Cats should win this one. Carlton are coming off a loss and they definitely feel the loss of Patrick Cripps and Ed Curnow.

July 30th -The most contested match this weekend, the Bulldogs have a slight advantage but with the stunning form of Essendon recently and the loss of Dale Morris, Essendon can very easily take this one.

July 30th -Adelaide will be putting Collingwood out of their misery in this game. Collingwood still technically has a shot for the finals but they will have a brick wall challenge against point leaders Adelaide.

July 30th -The Eagles statistically will come out on top in this match but in their previous encounters the sides have been pretty evenly matched. This will be a hotly contested meeting.