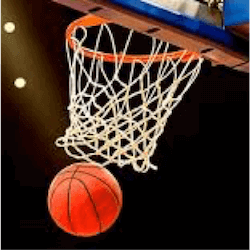 Basketball has passed football in terms of popularity at secondary schools in New Zealand. Could it be put down to the Steve Adams effect?

It is now the 3rd most popular game, according to the New Zealand School Sports council, with a total of 25 649 students electing to play basketball last year. Netball is still at number 1, standing at 28 445 payers, rugby comes in at 2nd place, and football has dropped down to 4th.

Since 2013, the year in which Adams was drafted by the Oklahoma City Thunder, students at secondary schools choosing basketball has risen by over 25%.

It’s No Problem at All

Iain Potter, the CEO for Basketball New Zealand, has said that it is a good problem to have, and comes as no particular revelation, as the popularity of the sport has been growing apace for some time now. He went on to state that a lot more could be done, using the aim of increasing participation by girls as an example. He said that the figure was hopefully going to increase further, and soon. Potter said that 7 985 secondary school girls played in 2017, as opposed to 17 664 boys, and that he saw this as an chance for Basketball New Zealand to balance these numbers out.

Potter went on to say that he hoped that the combined figure would increase thanks to the additional tournaments that have been added which have more of a focus on general participation than the national title games do. 2 new tournaments will be available in 2018, and these will be available for schools looking for a quality tournament experience without necessitating a qualification for nationals.

Steven Adams is Making His Mark

Steven Adams is continuing to blaze his trail of glory across the NBA, with a game and a measure of influence that more than match his size. The 24-year old started off in college basketball games in Pittsburgh, and is now in his 5th year of a glittering career in the NBA. He has been described as a player who puts his teammates first, and one who is willing to put the dirty work in that allows the stars of his squad to shine.

New Zealand’s youngsters could do a lot worse than Steven Adams, and it is overwhelmingly positive that the young player has inspired such a massive interest in basketball back home.