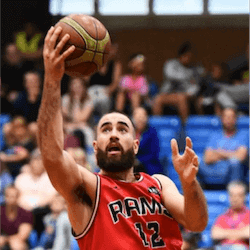 The Canterbury Rams have managed to salvage a bit of pride and climb back up the ladder after they thrashed the Nelson Giants 114 points to 80 in a match that was decidedly one-sided. The Rams now have an even win/loss record of two apiece. Their losses came at the hands of the mighty Supercity Rangers as well as the Wellington Saints who sit at the top of the ladder with an impressive 3-0 streak.

Their must-win game against the Giants couldn’t have turned out better for the Rams. After just a few minutes it was clear that the game was going to be a walk in the park for the Auckland based team. The Rams quickly jumped to a 10-point lead and went for most of the game without trailing. For the Rams, it was Jeremy Kendle who did most of the damage in the first half. He scored a total of 16 points, handing the team a convincing 17-point lead at half time.

For his efforts, Kendle ended up with a solid 24 points, shooting a 10 from 15. This included a total of five rebounds and nine assists. Marcel Jones also had a good day on the court racking up a total of 25 points with 11 rebounds and 3 assists. Marcus Alipate had a decent run adding 15 points to the board. His contribution included four assists and 5 three pointers. As a team, the Rams were doing well from beyond the arc with figures of 19/38. The Rams had only two free throws for the entire game.

Disappointment for the Giants

For the Giants, Finn Delany helped put some points on the board, racking up a respectable 15 with 8 rebounds and 4 assists. Curtis Washington managed to scrape together another 15 points including five rebounds while Dion Prewster added another 13. Nelson import Joe Slocum waited out the match on the bench, eventually adding another 8 points for his 20 minutes on the court.

On the other side of the court, Rams import Will Neighbour played just 16 minutes adding 6 points to his total. Both imports have been given huge support from their coaches and from the teams. At this stage, neither player is performing at the level expected from players brought in from overseas. Meanwhile, Ben Williams and Max Darling managed to score their first points for the NBL season coming off the bench for the Rams.