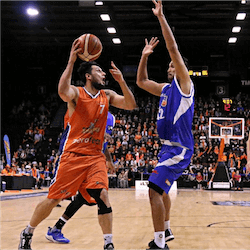 This week marks that start of the New Zealand National Basketball League (NBL). This is good news for both punters and basketball fans with the promise of another great season of high-action basketball to look forward to. With increased media coverage and an expansion of online betting options, NBL has seen a surge in interest on all levels of the game.

The NBL returns with the same seven teams all competing for a shot at the title. The expansion of the competition is not on the cards as yet, however, there are talks of adding further teams in future seasons. For now, the 2017 NBL season and the seven contenting teams is the talk of the town. Kicking off the season are two powerhouse teams going head to head at one of the best venues in the country.

What better way to kick off the NBL season that with the Southland Sharks hosting the Nelson Giants at the prestigious ILT Stadium in Southland. The good news for punters and basketball fans is that the game will be streamed live on local New Zealand sites with delayed coverage on Maori Television. The Final Four weekend will be screened live on both formats, giving fans the chance to see the best of the best battle it out for the 2017 title.

Ian Potter, Chief Executive of basketball New Zealand said that the unique media partnership is in direct response to the growth of basketball in New Zealand. The quality of the seven teams is also a good reflection on how the sport has grown in recent years. At this stage, a good number of teams boast rosters that would rival any of the Australian League teams.

This year, the main talking points of the NBL will be the players coming in from Australia, Great Britain, Kenya and the USA. The ability of these players to boost the team and lead the players on the floor will be critical to the outcome of each game. To this, we must not forget the role of the experienced local players such as Lindsay Tait, Everard Bartlett, Dillon Boucher and Haden Allen.

Looking to make their mark for the new generation of players will be Finn Delany from the Nelson Giants, Derone Raukaway for the Southland Sharks, Shea Ili For the Wellington Saints and Sam Dempster for the Nelson Giants. The NBL season will run for a total of 14 weeks with the final four