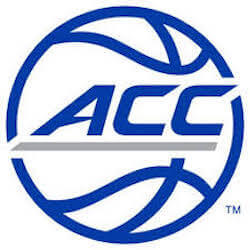 With the men’s basketball regular season wrapping up, it’s time to look ahead to one of the most anticipated tournaments of the year. The ACC Men’s Basketball Tournament kicks off on the 6th of March and will run through to the 10th. The tournament will provide punters and sports fans with action-packed games and plenty of betting opportunities. For those who are new to the tournament, the ACC tournament is the annual post-season basketball tournament for the Atlantic Coast Conference (ACC).

First held in 1954, the ACC tournament is held annually and takes place over 5 consecutive days. All 15 of the ACC teams participate in tournament. The teams are seeded according to their regular season conference record. If 2 or more teams have the same conference record, a tiebreaker system is put in place to accurately seed all teams.

The semi-finals take place on day 4 of the tournament and the finals on the 5th and final day. The winners of the ACC Tournament are crowned conference champions and automatically receive a bid to the NCAA Men’s basketball tournament. This year the tournament will take place at the Barclays centre in New York. The final seedings for 2018 were only determined a few days ago when the Duke Blue Devils defeated North Carolina by 74 points to 64 on Saturday night.

The win means that the Duke’s will head to the Tournament seeded at number 2. Meanwhile the Tar Heels have dropped down to number 6. A win for N.C. State over Louisville means that the Wolfpack will have the 5th and will face off against the winners of the Boston College/Georgia Tech first round game. Virginia will go into the tournament with the number 1 seed after completing an impressive 17-1 regular season record.