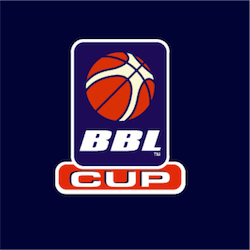 Basketball is one of the most exciting team sports for both fans and sports punters alike. While the NBA usually dominates the betting action, the British Basketball League certainly holds its own. We are currently halfway through the season and all eyes are now focused on the BBL Cup. For those who are new to British Basketball. The BBL runs two peripheral competitions outside of the main championship league; these being the BBL Trophy and the BBL Cup.

The BBL Cup was first contested in 2003 and is organised by the UK’s top professional basketball league. The Cup runs during the Championship regular season and perfectly showcases the individual talents of the players and the achievements of the teams in a more condensed format. Unlike the Championship league, which is based on points, the BBL Cup is a knockout tournament with a draw to determine which teams are matched up in the first round. There are a total of 12 teams competing for the title in 2018.

If there are an uneven number of teams in any year, the higher-ranking teams will be offered byes for certain rounds. The BBL Cup culminates in the Cup final that takes place in January each year. Last year, in the 2016/2017 season, the Newcastle Eagles picked up their third consecutive win, beating the Glasgow rocks by 91 points to 83. The Eagles have the best win record in the Cup with a total of 5 wins and they were runners up 3 times.

On the 28th of January, history will be made as the Worcester Wolves take on the Cheshire Phoenix at the Barclaycard Arena in Birmingham. Neither team have won the BBL Cup before, so this promises to be an exciting matchup on both sides. The Wolves will be looking to use their incredible depth with players like Trayvon Palmer, George Beamon and Brandon Parrish doing the heavy lifting.

As for the Phoenix, they are back in the BBL for the first time since 2010 and will be feeling confined with Orland Jackman taking point. Jackman has a good record in the BBL and was a Cup winner with the Eagles last year. The Phoenix also has CJ Getty’s the young basketball star who has been tearing up the court since completing his rookie season.