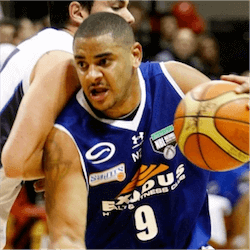 The Wellington Saints have continued their NBL winning streak with another massive win over the Nelson Giants. Their latest 110-84 point win takes the Saints into double digits for 2017 and Top of the log. With a nine-day break coming up for the Saints, Corey Webster was rested, giving the Giants a glimpse of a chance against the hosts. However, their hopes were soon dashed as fellow guard Shea Ili picked up where Webster left off, racking up an impressive 27 points with 10 assists and six steals.

The Giants had good form in the first quarter with Finn Delany ticking over the scoreboard at regular intervals. But despite his 30-point contribution, the Giants just could not prevent the Saints from producing another commanding performance. Delany managed to score the first eight points for the Giants, getting most of the play, converting four out of five field goals. He finished the first quarter with a healthy 15 points.

If the Giants were facing any other team in the league, they would probably have been well in the lead. Against the Saints though, it was another story. Just before the buzzer sounded, Shea Ili landed another brilliant buzzer beater to put the saints up 26-20. In the second period, the gap expanded even further. It wasn’t until Morgan Grim hit a three-pointer in the second quarter that the Giants made any headway on their initial 24 points. Most of the scoring in fact came from Delany and Kyle Adnam who added 25 points with a total of seven assists.

No Way Back for the Giants

Halfway through the second quarter, the Giants were playing four starters from their five players due to fouls. Seizing the opportunity, Ili ran away with the scoring adding another 11 points to put the saints 18 points up. This ultimately led to the ever-increasing 60-44 lead going into half time. In the third quarter, the Saints added another 11 points, pretty much locking in the win with Tai Wesley scoring 16 points with 12 rebounds.

In the final quarter, the Saints managed to surpass the 100-point mark, as they have done in every single home game his season. Their 110 – 84 point win rounded off an impressive performance, taking their total to 10 undefeated games this season. The team will go into their nine-day gap sitting comfortably on top of the NBL ladder.  Meanwhile the Giants remain in sixth place with a 2-8 record.