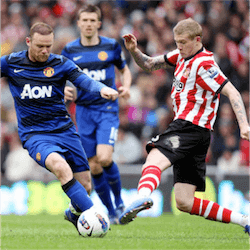 Intro To The Premier League 2018 Season

This year sees the 26th season of the Premier League. The season kicked off on the 18th of August and it runs until the 13th of May in 2018, offering some of the worlds most exciting and strategic betting opportunities.

17 others from the previous Premier League Season join these three promoted teams. Sunderland, Middlesbrough and Hull City are the three teams that were relegated back to the EFL.

Who The Odds Favour

Manchester City is the bookmaker’s pick for the team to end on top. They generally will receive odds of about 2/1.

Chelsea is the current defending champions and have been putting in a good performance this season. They are currently getting 7/2 to 5/2 odds for retaining their hold on the Premiership Cup.

Manchester United have pretty good odds for lifting the Cup again, receiving 15/2 odds. Tottenham Hotspurs are a big favourite with 9/1 odds for a win. Most bookmakers give Arsenal and Liverpool pretty close odds, both receiving a 14/1 shot at the Cup.

For fans of long odds, Everton, Leicester City and Southampton are on offer at between 200 to 1 and 1000 to 1.

Even though the Premiership has just started, a few players have already made their presence felt. As of the 13th of August, below are the league’s top scorers.

Manchester United has the deadly Romelu Lukaku who is one of the most accurate and prolific goal scorers in the League. He is followed by Steve Moonie from Huddersfield Town, Jamie Vardy from Leicester City and Sam Vokes from Burnley.

The Current League And Points Table