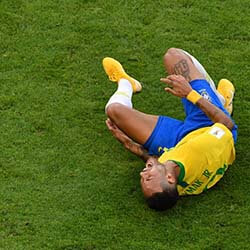 An insightful new study claims more than 70% of male football fans have misogynistic attitudes and hostile feelings toward female players and athletes.

The study was conducted by researchers at Durham University and surveyed over 2,000 male football fans. According to the researchers, the study clearly showed sexism regardless of age. This, they say, clearly suggests a backsliding in advances thought to have been made in gender equality efforts.

The study was led by Dr. Stacy Pope, who is an associate profession at the university’s department of sport and exercise sciences. According to Pope, the study is the first of its kind used to try and determine the attitudes held by men’s football fans in relation to women in sport. She said the study’s findings are telling of a society that remains to be heavily patriarchal.

The study furthermore included a sub-group of 507 respondents. This group was further divided into three categories: those men harbouring openly misogynistic views, those doing so in a more covert way, and a third group of men displaying gender-progressive attitudes.

The most worrying of the three groups had obviously been the covertly misogynistic group, with 68% of those surveyed indicating women should not play sports at all – or if they did, then certainly not a “male” sport such as football.

The smallest group was the covertly sexist one. These fans said they typically expressed progressive views when out in public, but more hostile opinions in their private lives.