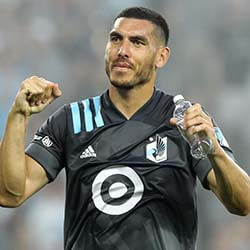 The centre back is one of three overage players in the All-Whites that had been announced for the tournament, which is usually an under-24 event. While playing for Minnesota United, his American club, he suffered a thigh injury. The media has since spotted him jogging during training, but he was not on the field when the team played on Thursday. His coach Adrian Heath told reporters that he has got a problem and will more than likely not be heading to the Olympics.

While Boxall was ready to leave for Japan after Thursday’s match, but a NZ Football spokesperson has said that they are monitoring the situation and has not yet indicated if he will be playing against South Korea in two weeks. Unfortunately, the players for the Olympics are already locked in and as such means that the team will not be able to replace Boxall.

The cautious use of certain terms by officials involved hints at the fact that his involvement with the team is still under discussion. The extent of his leg injury is another topic that remains under wraps during this time. If he does not play, George Stanger and Nando Pijnaker will more than likely be asked to step up. Gianni Stensness also has the necessary experience to assist the club.