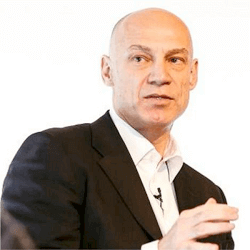 Ceri Evans, a respected New Zealand psychologist has been hired by English Premier League giants Arsenal as a mental skills advisor. The British media announced the appointment over the weekend and those in the elite inner sporting circles have met it with approval.

Evans, a former All Whites defender has worked with the All Blacks previously and was praised for his excellent work by retired captain, Richie McCaw. The London football club’s acquisition of Evans shows just how well respected he is in his field, and the fact that teams across the globe are focusing not only on the physical health of players, but on their mental health and development too.

No Stranger to the Field

Mental skill plays a huge role in each of these sporting discipline and there’s no one better equipped to teach this than someone who has been in the firing line and played at a national level.

In addition to field sports and those in the ring, Evans has also coached racing drivers Lewis Hamilton and the recently retired Nico Rosberg. He was contracted to Mercedes and it could be said that he was instrumental in Rosberg’s focus ad determination in clinching the world championship title.

It seems that Evans skills can be applied across all sporting disciplines, from rugby to football, to boxing and beyond.

At present it seems that Evans can do no wrong, and with Roserg and Parker both turning out to be world champions, its not surprising that Arsenal have snapped him up.

Evans also has a history with the football team and was linked with the possibility of playing for them in the 1990’s when he spent 5 years with second tier Oxford United Although this never came to fruition, he now takes his place on the team in a different capacity.

His family also has a rich sporting history and his father, Gwyn Evans had a long and illustrious career playing as defender for Crystal Palace.

At present, Arsenal are second behind Chelsea, and as we near the midway point of the English Premier League season it will be interesting to see what sort of mental tactics Evans can bring to the table. With his track record, Arsenal’s fortunes could change and they may well find themselves in top place sooner rather than later.