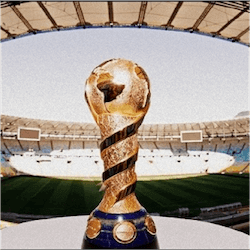 In the lead up to the Confederations Cup, Brazil has cemented once again their place as a football powerhouse. They played a warm up game against Australia on Tuesday.

It was seen as a great opportunity for James Jeggo who was acting captain of Australia. Mile Jedinak who is the usual team captain was out of the game with a persistent groin injury he sustained while playing for Aston Villa.

Jedinak previously led Australia to a decisive 3-2 win over Saudi Arabia to seal a place in the upcoming Confederations Cup for Australia.

Unfortunately the circumstances were not ideal for Jeggo’s temporary replacement of Jedinak. Brazil is a powerful team and Australia is not exactly a major player in the world of international soccer and it definitely showed. Australia took quite a thrashing and it will not bode well for their spirits when the Confederation Cup opens.

Jeggo will remain in his spot as temporary captain for the extent of the Cup so that Jedinak can fully recover and fulfil his commitments with Aston Villa.

The game started on a dour note for Australia with Diego Souza of Brazil scoring within 12 seconds. To add insult to injury, this early domination took place in front of nearly 50 000 Australian fans at the Melbourne Cricket Grounds.

Bailey Wright, Australian defender let the ball slip to Brazil who immediately capitalized on the sloppy fieldwork. This early goal was a shot in the arm for Australia who quickly tightened up and held the Brazilian assault at bay for the next 60 minutes.

A Final Push From Brazil

A corner kick from Philippe Coutinho in the final moments of the game gave Brazil the opening they were looking for and Thiago Silva snatch a goal with a well-placed header off a fumbled goal attempt by David Luiz. The third goal was claimed by substitute player Taison, who also claimed his first international goal for Brazil.

By now a demoralized Australia had to take one more goal from Diego Souza, yet another header that found its mark.

Diego Souza wanted to make a good impression after he replaced the usual forward, Gabriel Jesus who sustained a fractured eye socket in a previous match. He has certainly earned his place in the team after his performance in the friendly.

In a wonderful sense of irony, this loss for Australia comes after their win against Saudi Arabia and the win for Brazil comes off a disappointing 1-0 loss against Argentina.