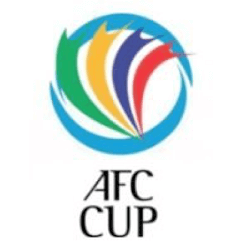 Last week saw the Air Force Club make it to the West Zone finals while Home United secured their ASEAN Zone finals slot.  Fans of the clubs rejoiced at the latest developments in the 2017 AFC Cup zonal semi-finals.

Air Force Club beat the Iraqi club Al Zawra’a with a convincing 2-1 finish. The teams went into the match knowing that Al Zawra’a would need a goalless draw game to be able to progress to the next match, this put defending champs, Air Force Club, on the attack from the start.

Air Force Club’s lead scorer, Emad Mohsin pushed aggressively into the Al Zawra’a defence, hoping to uncover a weakness or opening in the side.

It took constant pressure from Air Force Club to finally open up the tight Al Zawra’a defence to land a goal five minutes into the second half.

Osama Ali made an attempt at a goal shot that was expertly deflected but unfortunately it was deflected right to the waiting Emad Mohsin who capitalised on it and scored the first goal of the match. Air Force Club held on tightly to their lead and now are one step closer to 2017 AFC Cup glory.

Meanwhile Singaporean hopefuls, Home United, faced rivals, Global FC from the Philippines. They beat Global FC with a decisive 3-2 victory. This sends them to the ASEAN Zone finals and one step closer to their goal of taking part in the 2017 AFC Cup.

The team has been working hard this year to make it to the pinnacle of the sport in Asia. This victory over Global FC will play a large role in solidifying Home United’s confidence ahead of the ASEAN finals.

Kemy Agustien and Shu Sasaki made the first goals for Global FC, but Song Ui-young and Stipe Plazibat evened out the scores 2-2.  Finally a free kick during injury time, 4 minutes in, gave Home United the lead and the victory minutes later. This dramatic last minute finisher was a fitting end to a contentious matchup.

Exciting Developments Ahead For AFC

Both teams performed well with Home United seemingly able to match every attack that Global FC threw at them.

Each goal was answered back in kind, but as the game clock ran out, Global FC simply could not respond in time and they had to concede the victory.

The finals for the 2017 AFC will be taking place on the 25th of November this year.