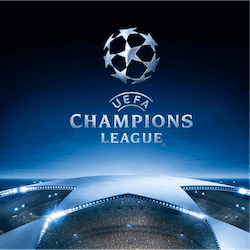 The 2016-17 UEFA Champions League action resumed this week with the first leg of the semi-finals getting underway. The first match of the week saw Real Madrid taking on arch rivals Atletico Madrid on home ground. While we were all expecting Real Madrid to score at least one goal in the match, no one predicted the hat-trick from Ronaldo that brought Atletico to their knees. With the first match going 3-0 to Real Madrid, Atletico are certainly on the back foot and if history is to be repeated, will be dispatched in the second leg. So what can we expect in the second leg?

This is an interesting matchup between two very exciting teams. It pits one of the most dynamic scoring teams against some of the best defence seen so far. Up to the semi-final stage of the competition, Monaco has scored a total of 21 goals. The problem is that the more than half of them have come in the knockout stages. On the other hand, Juventus have a clean record of eight out of 10 games. They have conceded goals only twice in the competition. Monaco was defeated by Bayer Leverkusen in their group-stage finale, although this was from a heavily rotated side. This will be difficult test for Juventus. However, given Danijel Subasic’s patchy goalkeeping, the Biancoeri are likely to make it through to the finals.

Up to their first leg match of the semi-finals, Atletico have been in fine form. They ware unbeaten in 11 games and conceded just four goals in 12 fixtures. They also surprised everyone by beating Leicester City in the Champions League quarterfinals. At the same time, Real Madrid’s win over Bayern Munich was unconvincing and completely marred by controversy. What we know so far is that Atletico have some big defensive problems at the moment.

It is clear from the first leg semi-final that Atletico are in for a rough time. If Real Madrid manages to score even a single goal in the second semi-final, Atletico would have to score five to dispatch their rivals and go through tot the final. With history on their side and a fired up Ronaldo rearing to go, it looks all to likely that Real Madrid will cruise through to the finals where they might just meet up with Juventus.