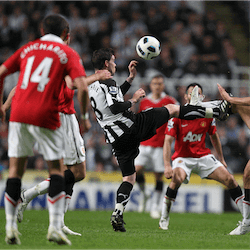 The quarterfinals of the Champions League are now in full swing. With plenty of football action heading our way, the top eight teams will be competing in a two-legged contest for a place among the elite group of four. The latest round of action has produced four exiting ties that will whittle the teams down to an even four who will battle it out for European football glory.

With the semi-finals looming on the horizon, will Barcelona and Real Madrid book their sports at the top of the log? Friday the 21st of April is the date to watch out for. This is when the Champions League semi-final draw will take place at the UEFA’s headquarters in Nyon, Switzerland. Punters and football enthusiasts will also be able to find out which teams will be drawn for the semi-finals in the Europa league one hour later.

As with previous years, the Champions League semi-final draw will be open and unseeded. This means that the teams are not ranked and clubs from the same country could possibly face off against each other. The clubs that are pulled out of the hat first will play the first leg of at home. Once all the teams are drawn, a second draw will take place to determine which tie will produce the home team in the case of the final.

So what teams are in the Champions League semi-final draw? It is still too early to tell as the quarterfinals have yet to be wrapped up. Real Madrid, Bayern Munich, Dortmund and Barcelona all qualified for the quarterfinals after winning their round of 16. On the 14th of March, Juventus and Leicester City also made it into the finals with Atletico Madrid and Monaco joining them one day later. This meant that Bayer Leverkusen and Manchester City were knocked out of the competition.

The Champions League semi-finals will be played on Tuesdays and Wednesdays over the period of two weeks in May. The first semi-final legs will be played on the 2nd and the 3rd of May with the second legs following a week later on the 9th and 10th. From 2016, teams who have a shot of returning to the semis include Bayern Munich, Atletico Madrid and Real Madrid. Manchester City was in last year but has already been knocked out.