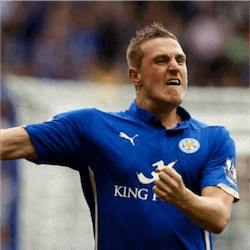 Coming off the back of a brilliant season with Leeds, Chris Wood has continued his winning ways with a memorable debut for Burnley in the English Premier League. The New Zealand (All Whites) striker came off the bench at Wembley stadium to fire in an injury-time equaliser to secure a one-all draw against Tottenham Hotspur.

For their part, Tottenham haven’t exactly enjoyed a great run at the National Stadium. In the past 10 years, the team have only won 2 out of 12 matches, but now have to call it home for a season while White Hart Lane is being overhauled. Speaking to the press, Tottenham’s manager, Mauricio Pochettino said that the feeling in the camp wasn’t great after conceding a late goal.

Pochettino went on to say that the team had a difficult day on the pitch with a number of missed opportunities. At the end of the day, that is just how the game goes, and sometimes you pay for small mistakes. The two teams were locked in a goalless battle in the first half. However, relentless pressure from Tottenham paid off with Dele Alli drawing first blood.

It took 49 minutes for the first goal to be scored which came about from a Christian Eriksen corner. The corner was flicked on by Eric Dier allowing Alli to scramble the ball into the back of the net. While their momentum might have picked up, Tottenham waisted a number of chances to put the game out of reach for Burnley. Their missed opportunities came back to haunt them when Wood came on in for his Premier League debut and slotted in cracker, two minutes into stoppage time.

Speaking to the press, Burnley Manager Sean Dyche said that it was a difficult task playing Tottenham and he was extremely pleased with the results. Even with the stadium issues, Tottenham remain a good side. The draw means that both Burnley and Tottenham are sitting on four points with three games down. A result that comes about from Tottenham’s loss to Chelsea one week earlier. In other matches, Liverpool demolished Arsenal 4 points to 0 at Anfield to move into second spot. Stoke and West Brom drew one-all and Chelsea saw off Everton at Stamford Bridge with a convincing 2-0 win.