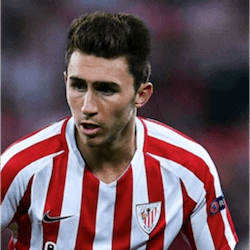 The shenanigans that go on in the top echelons of club football never cease to amaze. As they prepare for their FA Cup Fourth Round away game against Cardiff City on Sunday, English club Manchester City has finalised the purchase of centre back Aymeric Laporte for 65-million Euros, plus 5-million Euros in development rights.

The Frenchman has been playing for Atletico Bilbao since 2010, but City took advantage of the transfer window to snap him up. He was way more expensive than the other three Bilbao players that City were considering bidding for, so the Manchester side is obviously confident he’ll improve their prospects.

Here’s the twist. Back in the summer transfer window, when City’s perennial rivals Liverpool first tried to buy Dutch centre back Virgil van Dijk from Southampton, the club complained because Liverpool went to the player first. It took six months more before the Scousers could secure their aim and affect Van Dijk’s transfer for more than 85-million Euros.

But during the summer transfer window, Jurgen Klopp also had another centre back in his sights: Laporte, who at the time would have cost 65-million Euros according to the buy-out clause in his contract. Klopp decided to wait until he could get Van Dijk for Liverpool instead, and pay 20-million Euros more.

Will the two centre backs’ future performances justify a 20-million Euros price difference? We’ll have to watch their progress in the FA Cup to find out, but the true test will be the next time Man City and Liverpool face each other.

Kiwi punters can check out City’s form against Cardiff on Sunday, and Liverpool play their FA Cup Fourth Round match at home against West Bromwich Albion on Saturday, in the closing match of the day.

Both Manchester City and Liverpool are odds-on to win their respective weekend clashes. Each is being offered at online sports betting sites at around $0.33.