Gulf Cup of Nations Back in Kuwait 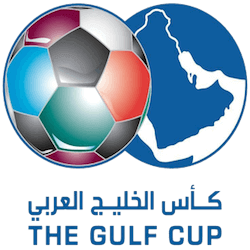 Gulf Cup of Nations Back in Kuwait

In between world cups, there are several regional cups to keep football fans entertained at online sports betting sites. The Gulf Cup of Nations, a.k.a. the Arabian Gulf Cup, only comes around every two years, so punters will be relieved to know that it has been saved at the last minute, after it appeared to be going south.

At a late-night meeting on December 7, however, FIFA decided to lift its year-long suspension of Kuwait, the nation originally scheduled to host the Cup last year. The competition has now been moved back to Kuwait, averting the withdrawal of Saudi Arabia, the UAE and Bahrain.

The last Gulf Cup of Nations was held in 2014, and the tournament was meant to return in Kuwait in December 2016. However, after FIFA suspended Kuwait, citing government interference in sports, the tournament was postponed for a year.

FIFA reviewed Kuwait’s football governance in May this year, and decided not to lift the suspension. At the point, the venue for the 2017 Gulf Cup of Nations was shifted to Qatar. Everything looked back on course… until June.

On June 5, a Gulf row blew up when Qatar’s growing relationship with Iran provoked allegations of Doha supporting terrorism from Saudi Arabia, Bahrain and the UAE. Although Qatar denied the allegations vehemently, six months later the three nations are still in a state of dispute with their Gulf neighbour, and have cut all ties.

All three refused to attend any 2017 Gulf Cup of Nations held in Qatar, and with Kuwait missing too, there would not have been enough entrants left to hold the tournament. With only Qatar, Oman, Iraq and Yemen left, they would have been below the required five.

By lifting Kuwait’s suspension, allowing it back into the competition and shifting the venue to one acceptable to all participants, FIFA appears to have solved all its Gulf Cup of Nations problems at once.