A Look Back at the 2016 Toyota AFL Premiership 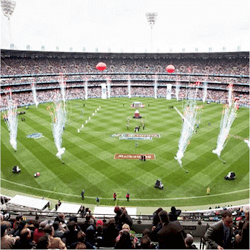 A Look Back at the 2016 AFL Premiership

In New Zealand, the AFL Premiership is certainly one of the most popular sporting events in the country. In 2017, the Toyota AFL premiership will get underway with a preseason round of games before officially kicking off on the 23rd of March 2017. The AFL offers punters and sports fans the perfect opportunity to place multiple bets each week. With the season running from March to September, there is plenty of action to look forward to. Before the season kicks off, we take a look back at what happened in 2016 and who walked away with the title.

The 2016 Australian Football League (AFL) season was the 120th to take place and consisted of a total of 18 teams. The format of the premiership was kept the same as it has been for the past four years. For the third year in a row, the premiership was kicked off with a preseason NAB Challenge series which consisted of 27 practice matches held over a period of 25 days. The NAB Challenge began on the 18th of Feb and ended on the 13th of March. Each of the teams played three games at regional venues.

The first game of the 2016 Toyota AFL premiership was held at the MCG, with Richmond taking on Carlton. The full 18 teams in the premiership included:

The Elimination Round and the Finals

After 23 rounds of play, the teams that made it to the qualifying rounds included Sydney, Adelaide, North Melbourne, West Coast, Greater Western Sydney, Geelong and Hawthorn. The four teams that advanced to the semi-finals were Sydney, who took on Adelaide, as well as Hawthorn who took on the Western Bulldogs.

The Sydney Swans defeated Adelaide to book their spot in the finals while the Western Bulldogs dispatched Hawthorn to create one of the most exciting finals to date. In the finals it was the Western Bulldogs who claimed the title, defeating Sydney by 22 points. It was only their second win in 62 years effectively breaking the longest drought in AFL history.