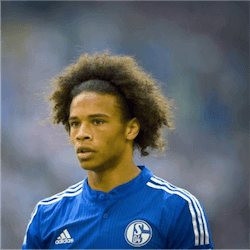 The football game between Manchester City and Monaco turned out to be an epic battle of wits and determination with a flurry of goals coming from both teams. Anyone lucky enough to witness the memorable game will probably agree that the match will go down as one of the best Champions League first round clashes in recent history.

Almost everyone at the Etihad Stadium in Manchester and millions of fans will be celebrating Manchester City’s sensational win of five goals to three. Everyone except one German punter who was just a few minutes away from claiming a sensational NZ$ 50 000 (€34,000) winning bet. At the time when the score was level at 3 goals apiece, it seemed that the German football fan was on the edge of destiny.

When John Stones slotted home the fourth goal in the 77th minute to put Manchester City in the lead 4-3, the betting slip suddenly showed a correct score on a particularly difficult double bet.  The German punter had already predicted the second Champions League match outcome between Atletico Madrid and Bayer Leverkusen. All he needed in the final minutes of the game was for Man City to hang on to their four goal lead and let the clock run out.

But it was not to be. Had the score line stayed the same, the punter would have walked away NZ$ 50 000 and praising Man City’s comeback performance. Instead Leroy Sane came out of nowhere and slotted home a 5th goal putting the score at 5-3. In doing so, Sane crushed the man’s hopes of seeing a single dollar of the miracle bet.

Feeling somewhat hard done by, the German Punter tweeted a picture of his agonisingly close betting slip, informing Sane that he owed the man €34,000. After reading the tweet, the 19-year-old Man City winger apologised for his performance and his late-in-the game goal scoring shenanigans. Responding on twitter, Sane said that he had read about the poor guy in the newspapers and felt really sorry for the man.

Manchester City play their second game of the first round of 16 on the 16th of March at 8:45am(NZT). Man City will face off against Monaco again at the Stade Louis II. This will be a big game for the home side who have to make up a two-goal deficit in order to qualify for the quarterfinal stage of the tournament.