News And Updates On The Florida Cup 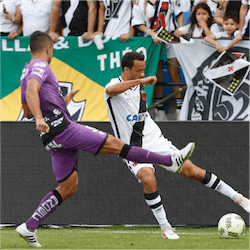 Football is one of the most popular spectator sports in New Zealand and across the world. It is also one of the few sports where punters can place bets on matches throughout the year. From local matches to friendlies, European League matches to British football, there are endless betting opportunities for those who follow the sport. One of the more intriguing tournaments happening right now is the Florida Cup.

For those who are not familiar with this mini tournament, here are the details: The Florida Cup is an International mid-season football tournament held in Florida in the USA. More specifically, the tournament is held in four stadium locations in Orlando, St Petersburg and Lauderhill. The stadiums include the Orlando City Stadium, the Central Broward Stadium, the Spectrum Stadium and the Al Lang Stadium.

The 2018 Florida Cup is the fourth successful running of the tournament. Previous winners include international Bundesliga clubs Cologne and Wolfsburg. The tournament kicked off on the 10th of January and will run to the 20th so there is plenty of action to look forward to. There are eight international teams competing in this year’s Cup including Atletico Mineiro from Brazil. Barcelona SC from Ecuador, the Rangers from Scotland, PSV from Holland, Corinthians from Brazil, Atletico Nacional from Colombia, Fluminense from Brazil and Legia Warsaw from Poland.

Each of the eight Florida Cup teams will play two games over the 10-day period in January. Instead of having a playoff round with semi-finals and finals, the tournament works on a point system. In each game, the winning team receives 3 points. If there is a draw, each team gets a single point and a penalty shootout is played. The winner of the penalty shootout is awarded one extra point.

The tournament kicked off with Corinthians taking on PSV Eindhoven at the Orlando City stadium. The Brazilian side drew first blood with midfielder Rodriguinho slotting in a first half goal. PSV failed to find a way to hit back but were given a lifeline just seconds before the final whistle. Sam Lammers slotted in the equaliser in stoppage time, which forced the game to penalties. The shootout went the way of the Brazilians who take an extra point for the match.