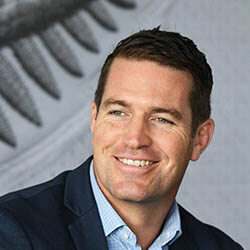 The inspection crew from FIFA have come and gone and now we wait to hear how the joint Australian and New Zealand bid to host the Women’s World Cup in 2023 does.

The team was in the country recently after reviewing Brazil and Colombia and are now headed to Japan. After that, they’ll be sitting down to complete their official report on the bid evaluations which will play a huge role in determining which country gets the games. The final decision will be made by the 37-member FIFA Council at the beginning of June 2020, just slightly over three years before the tournament will take place.

Andrew Pragnell, Chief Executive of New Zealand Football, said that the bid had shown both Australia and New Zealand in the most positive light possible. He stated that the cities, stadiums, and training sites were showcased thoroughly to give the inspectors the chance to make an informed decision about what we have to offer.

Pragnell said that one thing going for us is that hosting is a lifestyle choice in Australia and New Zealand, so everyone was prepared and knew exactly what needed to be done. He reported that the visit went very well but, thanks to the FIFA staff’s professional manner, it’s difficult to tell which way they’re leaning.

They started in Australia, then travelled across the Tasman to review Wellington before turning north to Hamilton and Auckland, where they wrapped things up with dinner on the waterfront.