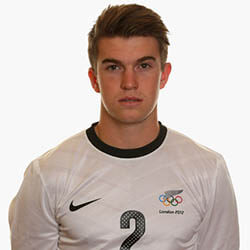 All Whites Defender Tim Payne says that he believes that New Zealand Football has his and his teammates’ backs and will take the necessary safety measures before sending them to a place where 40 confirmed cases of coronavirus have occurred.

The team has been scheduled to play Bahrain and Oman at the end of March but the growing threat of the frightening disease in the Middle East has put both matches’ likelihood of happening in doubt.

Bahrain’s March 21st match against the Malaysians has already been cancelled and Gianni Infantino, the current FIFA president, has declined to rule out that more changes will be made to the international calendar. The abandonment of the Friendly between Bahrain and Malaysia came as a result of the sovereign Persian Gulf state imposing strict checks on visitors from certain countries, including Iran and Malaysia.

But Payne has said that he will gladly accept the call-up if NZ Football deems that it’s safe to travel. He’s stated that if the governing body declares that it’s safe then he has no reason to doubt their judgement and called it a situation out of the squad’s control.

Payne stated that nothing has been heard as yet but reiterated that he’s certain that NZ Football is taking the precautions they need to and accessing all available research to ensure players and staff are kept as safe as possible. He said that he’s confident that the right decision will be made and he’s happy to do whatever he is told to when the time comes.