A Recap Of The FA Cup 5th Round Action 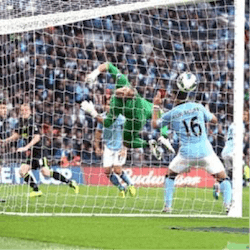 Recap of the FA Cup 5th Round Action

The fifth round of the FA Cup kicked off on the 16th of Feb with Leicester taking on Sheffield United and concluded on Monday with Wigan facing off against Manchester City.  Along the way there was plenty of action, a few upsets, a punch-up with the fans and 1 game that had no score at all.

For Leicester, it was Riyad Mahrez who ended up sending them through to the quarter finals as he scored the only goal for a 1-0 win over Sheffield United. The transfer saga aside, Leicester played a solid game and dominated the possession even though there was a chance for an upset at the end.

It was a completely different game for Chelsea in the second FA Cup tie when they took on Hull City at Stamford Bridge. A walk in the park is what describes the 4-0 win for Chelsea as everyone got a piece of the action including Olivier Giroud who scored his first goal since transferring from Arsenal last month.

The Sheffield Wednesday vs Swansea City match ended in a goalless draw while Southampton pipped West Bromwich 2-1 in what was a thoroughly entertaining game from start to finish. On Saturday, Brighton took on Coventry in a much-anticipated match. The £14million signing of Jurgen Locadia paid off for Brighton as the former PSV Eindhoven star scored his debut goal, helping the team to a 3-1 win and effectively ending a 32 year wait to reach the FA Cup quarterfinals.

In the other big match of the day, Manchester United went up against Huddersfield. On track to equal Arsenal’s 13 FA Cup Wins, Man United scored got off to a flying start with Romelu Lukaku finding the back of the net inside the first 5 minutes. A disallowed goal just before the break almost made it 2-nil but Lukau was back at the goal later on to claim his second of the match and take the final score to 2-0.

On Sunday Rochdale and Tottenham scored 2 goals apiece to tie the game while the upset of the fifth round came on Monday when Wigan Athletic took on Manchester City. In what was expected to be a one-sided affair, Wigan stunned the Premier League leaders with their tight defence and strong ball control. In the end it was Will Grigg who slotted in the only goal of the match in the 79th minute for the upset of the season.