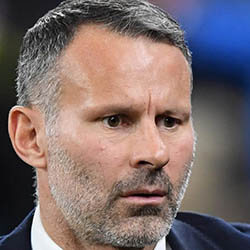 Wales football boss Ryan Giggs has been arrested following allegations of assault made by his girlfriend.

Police questioned Giggs after they on Sunday evening around 10:05 p.m. got called out to his property in Manchester. The call reportedly came from someone living in the vicinity of Giggs’ home in Worsley who had phoned in to report a “disturbance”.

Upon their arrival at the football manager’s home, police were met by a woman in her 30s displaying minor injuries but not requiring medical treatment. This according to a confirmation received from a spokesperson with the Greater Manchester Police Department, who furthermore confirmed that a 46-year-old man had been arrested at the scene of the call-out. The man was reportedly arrested on suspicion of Section 47 Assault and Section 39 Common Assault.

Giggs was released on bail on the following Monday and could be seen leaving the Pendleton police station that same afternoon.

The incident in question happened only days after the Wales boss opened up to a local news publication about a series of challenging experiences suffered as a result of his coming from mixed-race parents. Giggs’ father, Danny Wilson, who is a former rugby union player, is black, and his mother Lynne, white. Giggs during the interview spoke of how he had never even noticed being different before moving with his family from Cardiff to Manchester.

But despite the difficulties faced because of race, Giggs described himself to be immensely proud of his heritage.  He and his staff recently took a knee ahead of several Wales matches in support of the Black Lives Matter movement.