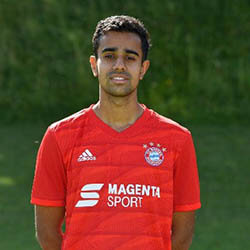 One of the world’s deadliest strikers, Robert Lewandowski, who hails from Poland but now plays for Bayern Munich Football Club, couldn’t believe his ears. Our very own Sarpreet Singh, current attacking midfielder for the team, was telling Lewandowski about his plans to travel all the way from Munich to Auckland during the team’s Christmas break before meeting them one more at a Middle East training camp.

Lewandowski, who’s scored an incredible 25 goals in his 23 appearances for the League, was headed home to Poland himself but thought Singh had to be pulling his leg. It’s just less than six hours from Munich to Warsaw, but, not including stopovers and waiting time, flying to Auckland takes 22 hours and 45 minutes.

But Singh said that he did it every time he could, even for very short windows, and that he used to do it in Economy class as well. He said his teammates find the idea of him covering these enormous distances hilarious.

Being teased by Football royalty is the new normal for the young player from Auckland after he joined the German giants in a dream transfer from the Wellington Phoenix in 2019. And although he still plays with Bayern on FIFA 20, Singh is also fast coming to terms with the status that Bundesliga players enjoy, after making his competitive debut in the recent 6 – 1 trouncing of Werder Bremen.

He got mobbed at a shopping mall when he was here for Christmas, unable to go for longer than five minutes without being stopped by someone wanting a photo or a chat!