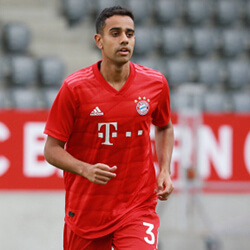 When Sarpreet Singh arrived back home in December 2019, he was greeted at the airport by media numbers befitting his new status as a representative of Bayern Munich Football Club.

His return saw him not only enjoying a place as one of New Zealand’s major new sporting stars, but also as a shining example of the fact that South Asians really can break down the barriers they still face in the established world of professional Football.

21-year-old Singh’s rise can be said to have begun when the German sports club plucked him out of the relative obscurity of his role as attacking midfielder for Wellington Phoenix, signing him last summer. They saw him playing for New Zealand at the FIFA Under-20 World Cup and initially brought him in as one for the future. But his progress has gone far better than expected and Singh has already made his first-team debut.

Speaking of his journey to the Bundesliga Club, Singh said that this kind of thing doesn’t happen to New Zealanders with an Indian background very often. He said that, when he played for the NZ national team, many people described him as an underdog, but he never let this view affect him.

He said his approach was one of perspective, and that he believes that, in the end, it comes down to how much work you do and how well you do it. After all, he pointed out, one day he was playing in Wellington and the next he was on the field for Bayern Munich.