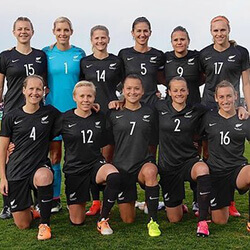 The Football Ferns, the women’s 7 team from New Zealand, has been hit by an outbreak of mumps after Ruby Tui contracted the virus and got placed in isolation on the Sunshine Coast.

The team had planned to travel to the athletes’ village on the Gold Coast on Wednesday the 3rd of April, 1 day before the Commonwealth Games begin, but, thanks to all of the players requiring assessment now, they will need to separated from their peers until full medical checks can be carried out.

The NZ Olympic Committee and New Zealand Rugby both said the team could remain in the Sunshine Coast camp until the 8th of April, and announced this in a joint statement. The competition for the women’s team begins on the 13th.

Mumps is a very contagious virus, more so in its early stages, and there are serious concerns that it will have spread throughout the team. The medical lead for the Football Ferns will travel to the Sunshine Coast to support the 7s side, as will the team psychologist.

Should any other team members be laid low for the virus, there is a chance that the entire women’s campaign could be derailed. An outbreak in Auckland in 2017 spread to the All Blacks just before they started their tour of the north, with Luke Romano, Rieko Ioane and Jack Goodhue all being diagnosed with the illness.

Tui, who has an Olympic Silver medal to her name, could well be ruled out of the games completely. The usual recovery time for mumps can take 1 week or 1 month.