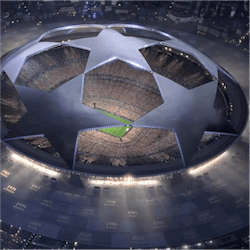 The latest week of UEFA Champions League action has left the world’s football fans and many New Zealand betting enthusiasts gobsmacked. In the home-and-away knockout ties of the tournament, no side has ever come back from a four-goal deficit in the second match to win the tie, so things looked bleak for FC Barca supporters at the start of their home game against Paris St Germain.

PSG won their first clash 4-0, in Paris in February, so Barcelona literally had to make history to go through. It was the longest of long shots, but the Spanish side started well with a goal three minutes in from Luis Suarez. PSG left back Layvin Kurzawa later delighted the Nou Camp crowd with an own goal, so the home side were 2-0 up at the break.

When Lionel Messi put away a penalty five minutes into the second half, putting Barca 3-0 up, the Spanish fans went bananas. They were crushed again in the 62nd minute, when Edinson Cavani scored for PSG, leaving Barca and impossible-seeming three goals to score to go through.

In perhaps the most exciting final six minutes of a match ever, the Spanish team then did just that. Neymar contributed a goal and a penalty, and substitute Roberto took the ball off a free kick in stoppage time to chip in the final goal with seconds to spare. Barca won 6-1, putting them through to the last eight.

The other Round of 16 match last week with an incredible final score was the second leg of the Bayern Munich-Arsenal tie, with the Gunners at home in Emirates Stadium. Arsenal also faced a four-goal deficit, after losing to the German side 5-1 in Munich last month.

Theo Walcott put one away for the home side in the 20th minute, getting the home fans wildly excited. But a controversial red card on their French defender Laurent Koscielny in the 53rd minute, plus a penalty slotted by Bayern’s Robert Lewandowski, ended any hope of Arsenal making it through.

Playing a man down, they then seemed to lose all hope, allowing the Munich side to put away four more in the space of 17 minutes. Bayern finished the match eight goals ahead overall, sending them through to the quarterfinals.