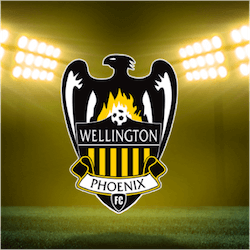 Wellington Phoenix has lost their FFA Cup round-of-32 clash against the Western Sydney Wonderers thanks to a last second goal from the Aussie side. After 120 minutes of back and forth action, it seemed the match was destined for a penalty shootout. However, a late corner by the Sydney side gave their new Spanish player, Oriol Riera the opportunity to become an instant hero.

Rising above the rest, Rieira neatly slotted in a header in the last seconds of the match to give the Wonderers a 1-0 lead and ultimately the win. Looking at the attacking statistics, the home side deserved the victory. While there was definitely weight towards one side of the field, this was clearly a match between two teams that were still finding their feet. Just two months into the A-league season, both sides lacked the elegance of a cohesive unit. Flowing passes were rare and while both sides had plenty of fire, goal chances were not easy to come by.

While they might not have won the match, Phoneix coach Darije Kalezic will be fairly pleased with his side’s performance. Western Sydney definitely had more opportunities but for their part Wellington were playing a good defensive game. This was something the coach had been focusing on and it was clearly seen in action at the Campbelltown Stadium. The solid line of defence at the back of the field was even more impressive if you consider the fact that the skipper Andrew Durante was sitting the game out due to injury along with eight other players.

The gap at the back meant that Tom Doyle was pulled into the back four along with reserve team player Liam Wood. The Australian side started the match well, enjoy the bulk of the possession in the first half. While they had one or two good opportunities, Phoenix goalkeeper Lewis Italiano was never put to the test. Goal chances were on both sides of the field but it was Roy Krishna who caused the most grief for the Wonderers defence.

The Fijian used his pace and close control to find a way through the gaps, but never quite finding the right opportunity to score. It seems Krishna is going to be Phoenix’s main striker for the season, although he can most certainly do with some help up front. Wanderers skipper Robbie Cornthwaite got hint at goal early in the second half but was denied by a good from a flying Italiano. Chances can and went for the home side but it wasn’t until the final seconds of the game that any of their efforts found the back of the net.