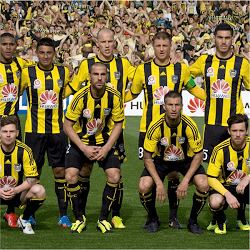 Trouble may well be on the horizon for Wellington Phoenix, the embattled Football Club, says a leading Australian football writer.

Simon Hill, based in Australia and widely held to be one of the world’s leading experts on matters concerning the A-League, has hinted at the possibility of further fighting behind the closed doors of the franchise in his Fox Sports weekly column. He even suggests that Wellington Phoenix FC may be risking their license to play in the Australian clash.

Merrick’s Resignation was Accepted the Second Time Round

Simon says that although the 2 – 0 loss Wellington Phoenix endured on Sunday to Adelaide United resulted in coach Ernie Merrick’s resignation, Merrick had, in fact, previously offered to leave after their 6 – 1 loss to Melbourne Victory in October.

The board convinced Merrick to carry on then, Hill goes on to say, but clearly did not extend the same entreaties this time round. Hill has postulated that Merrick “jumped before he was pushed”, and there are many who agree with him.

Hill asserts that there are additional, off-field problems that are causing the disturbance that Westpac Stadium is undergoing.

Wellington’s recent earthquake is widely believed to have frightened more than a few players’ wives, and one has already fled the country. How does the old saying go? “Unhappy wife, unhappy life”? Additionally, Merrick and Roly Bonevacia’s relationship is believed to have seriously soured over the past few weeks, and this player has yet to register one goal this season…

Most worryingly, Hill writes, Damocles’ sword seems to unendingly swing over the idea of the club’s continued participation in the A-League games. It is a short ten months since the Football Federation of Australia agreed to a structured license extension, and this depended on the Welnix Group’s fulfilling certain key performance indicators, or KPIs, at frequent, regular intervals.

In the discussions that led up to the agreement, Chief Executive Officer for the Football Federation of Australia actually stated that Wellington Phoenix Football Club would not be allowed to “squat on a licence”, and he outlined a number of key metrics that needed improvements, with these including crowds; television ratings; and memberships.

Just less than one year later, the Wellington Phoenix Football Club is averaging  7,744: the second lowest total in the competition, having hosted the leagues two top clubs, the Sydney Football Club and Melbourne City; in addition to the Newcastle Jets. Their membership numbers are the league’s lowest, at just 4 953, and Nathan Godfrey, Head of Commercial, recently departed in order to follow a rugby opportunity.