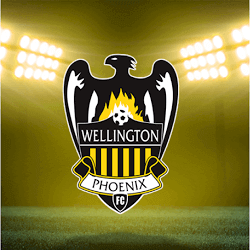 New Zealand’s Wellington Phoenix Football Club is hoping to name their new coach before Christmas says Chairman Rob Morrison. Ernie Merrick, their coach for the past three years, resigned on Monday, after Wellington Phoenix lost to Adelaide United –their sixth of the season, from a total of eight games.

On Tuesday Rob Morrison said that a shortlist had been drawn up, and that the club, currently placed at the bottom, will make a decision on who will step in at some point in the upcoming three weeks. Morrison went on to state that the club had been enjoying the unheard of luxury of an off-season when Ernie Merrick had been hired, and that this had allowed them the time and space to make a considered decision. That is not the case currently, and Morrison has said that a decision will need to be relatively quickly this time around.

Rob Morrison says that Ernie Merrick’s resignation has not affected Wellington Phoenix’s ambitions for the season one iota, and that he had nothing but confidence in the team. He stated that the squad is a good one, although if they wanted to make the play-offs, there was still some work which needed to be done.

Merrick stepped in to replace Ricki Herbert in May of 2013, after the coach, formerly filling this position for the All Whites, left the position vacant with five matches of 2012’s season still to be played. Chris Greenacre, assistant coach and former striker for Wellington Phoenix, took over in Herbert’s absence, and will now fulfil a comparable role with goalkeeping coach Des Buckingham until another appointment has been made.

Wellington Phoenix is set to play the Central Coast Mariners in Hamilton on Saturday, and the Western Sydney Wanderers one week later, in Auckland. Morrison has sad that “Des and Greenie are taking charge” for the upcoming week, and may possibly need to do so for another week after that as well. He added that they wanted to see how well things went, since this was very obviously an important part of the equation, but that “in the end it will be a quick decision”.

Greenacre turned questions regarding his own ambitions for the job of head coach aside, and stated that his interest was limited at this point in time to what lay ahead over the weekend. He added that all efforts were needed for the Central Coast Mariners match, and that it was impossible to look at anything beyond that for the moment.